Sundrops On The Water: Reflections 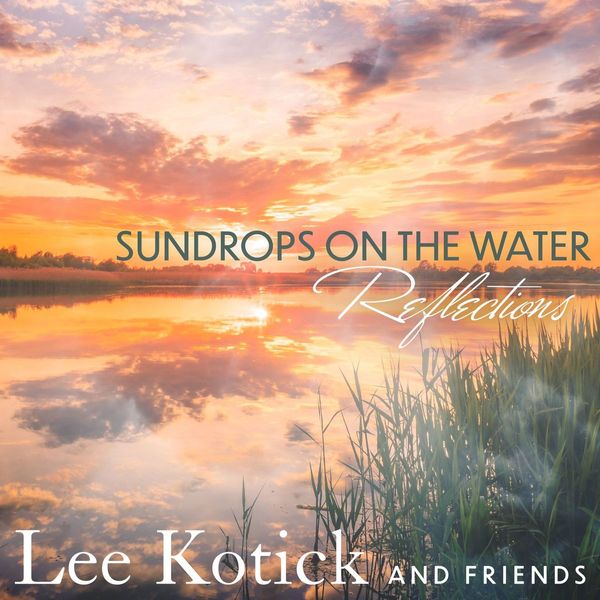 Lee Kotick has lived a rich life fueled in part by great musicians and musical experiences. He's brought together an exceptional group of players now named The Sharp Flatpickers. He shares some of his favorite tunes with a couple of…

This project pulls together a group of session musicians to play a set of newer and traditional material featuring Kotick’s guitar playing. Kotick has had a friendship with the Rice family, and the first cut “Burnt Rice” is by the…

I am named for my great uncle Lipa Feingold who was a composer in the New York early  musical theatre. Music was a big part of my childhood. My parents had a Granco stereo and loved Frank Sinatra, Nina Simone and other greats of the time. It was a celebration when my Dad bought a new record to play on the turntable. My parents loved to dance to big bands and swing music. At age seven I was given guitar lessons on a rented harmony F hole arch top, from a jazz guitarist who gigged in the West Village on the weekends. My cousin Ruthe was dating a guy from the Kingston Trio.  I attended University Settlement House summer camp  in Beacon, New York, where folk music was king. Pete Seeger would entertain us campers two nights a week, and famous folk artists routinely came by to visit and play; people such as David Grisman, Bill Keith, David Bromberg and others. Dawg lived down the block, and Ralph Rinzler’s aunt was my English teacher. As a teenager in the sixties, I hung out in the West Village at the height of the folk music movement. In particular, my fondest memories take me back to the Folklore Center where folkies came to gather, discuss politics and music, and sat at the foot of Israel (Izzy) Young who published Sing Out Magazine, and mentored us youngsters in his ways. Izzy took us under his wings. Catching a show at the Bitter End, Gaslight Café, or Village Vanguard was high on my list. Just one floor away from the Folklore Center, was Fretted Instruments, owned and operated by Jack Baker. On the wall were these used instruments from the 30s and 40s, with names like Martin and Gibson. I really wanted a new guitar, as a used instrument wouldn’t do. My father saved and saved and bought me a new Gibson LG-0 sunburst. This began my fascination and obsession with acoustic guitars. I’d walk around Manhattan peering into the store windows drooling over new Martin guitars. I’d stop at Whitey’s bar where they’d serve you if you had the money, to gain the inner warmth and strength to brave the New York City winters.

In 1970, I moved to Tallahassee, Florida, without a guitar or much else. I went to a pickin’ party at Chuck Lamb’s home in the woods of Leon County. With guitars, fiddles, banjos, mandolins and bass all playing “Flop Eared Mule,” I was immediately hooked on this music they called bluegrass. Now I’d heard Jim Kweskin and the Jug Band, and the New Lost City Ramblers, before, but nothing like this live improvisational stuff with the right combination of instruments. I discovered Doc Watson, became fascinated with Norman Blake, Dan Crary, and this guy Tony Rice.  I earned spots as the guitar player for Centerville Express, Canopy Roads and then the Bottom Dollar Boys, a local bluegrass group and played with them for over 30 years, at festivals, fundraisers, parties, Bed Races and the like. During that period of time, I became more entrenched in the Rice style, and took lessons from Wyatt Rice. I was fortunate to jam at Larry Rice’s music room, and we became friends. We played a number of gigs together; The National Square Dance Championship in Daytona Beach, Florida. We were Max Tillman and the Bluegrass Boys, with Max, Larry, Clawgrass, Mike Jett and me. Larry and I conversed all the time, but there was a period he was somewhat underground.  I recall Tim Stafford telling me that Larry had been suffering from mesothelioma, and that he might benefit from help from the bluegrass community. It was my honor to produce the Larry Rice benefit, at the Moon, in Tallahassee. We called it “Legends and Locals for Larry,” but it was more like a Rice family reunion. The Tallahassee and national bluegrass community came together and we raised substantial funds  to help with Larry’s numerous medical expenses. Laurie Hills took some beautiful photos, especially one of the four Rice brothers, which was included in Time Stafford’s and Caroline Wright’s book, “Still Inside- The Tony Rice Story.” Larry wanted to continue playing, so we formed the last version of the Larry Rice Band, including Larry, Uncle Frank Poindexter, Ronnie Hatley, Carrie Hamby and me. We played several gigs in the southeast, including Randy Wood’s Pickin' Parlor, and a benefit for the homeless shelter in Tallahassee, again featuring The Rice brothers. Larry seemed to be close to remission, but due to radiation and chemotherapy, he was immunosuppressed and in bad shape. He died surrounded by family.  Along with other close friends, I spoke at Larry’s funeral. That was a sad time for the Rice family and many friends. A scrapbook of his benefit was carefully maintained, and is now archived at The Bluegrass Music hall of Fame & Museum Owensboro, kentucky The September 2012 issue of Bluegrass Unlimited had an article on Larry, “Keeping the Lamp On,” which I was proud to have authored.

My career was in exceptional student education, with a Masters from Florida State University, and I’m a Seminole fan through and through. As I started phasing myself out of my work as a consultant for programs for students with disabilities, I evidently missed writing, so I decided I would write about one of my passions- bluegrass musicians and the music. To date I’ve written articles for Bluegrass Unlimited, on Ken and Virginia Miller, Wyatt Rice, Larry Rice, “Uncle” Frank Poindexter, Spencer Strickland, Church Sisters, Deeper Shade of Blue, Max Tillman, Henry Rutland, Fred ”Butch” Burns, Randy Wood, and Carl Jackson and Ron Rice. An upcoming article on gaven Largent is in the hopper.

I’ve seen first- hand and benefitted from services provided by non-profit organizations, and my family members have as well. Through an informal group of friends, called, “Heart of Bluegrass,”  bluegrass music fundraisers for music therapy for Big Bend Hospice and the Alzheimer’s Project were held. Over the years, we have brought the finest bluegrass to the Tallahassee area, and also featuring our many talented local groups. Proudly, we’ve brought in Dailey and Vincent, Grasstowne, Claire Lynch Band, Missy Raines and the New Hip, Kenny and Amanda Smith, Flatt Lonesome, Band of Ruhks, Urban Hillbilly, and Rodney Dillard and the Walker Brothers. The Bradfordville Blues Club has been instrumental in providing a venue for bluegrass music. 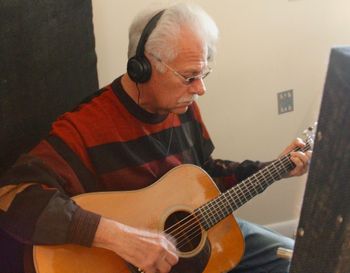 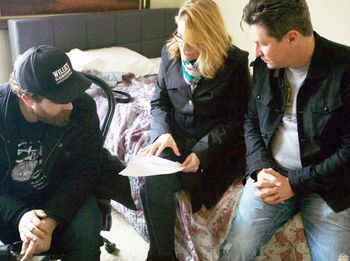 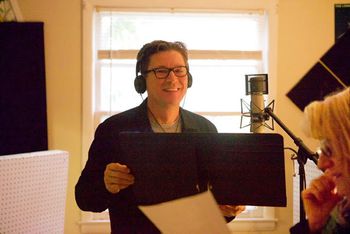 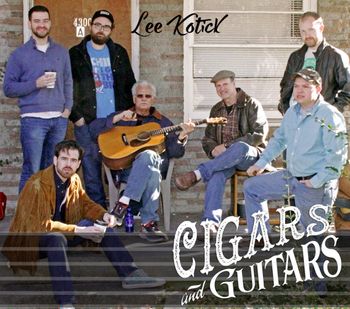 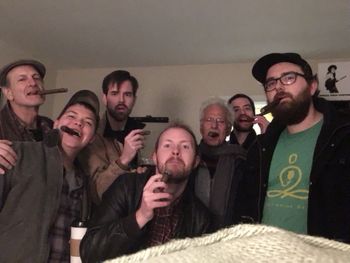 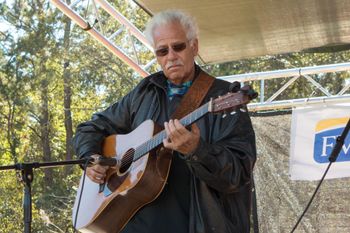 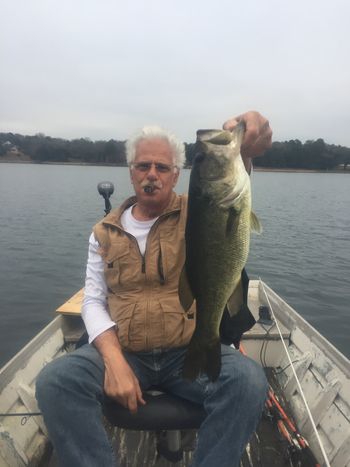 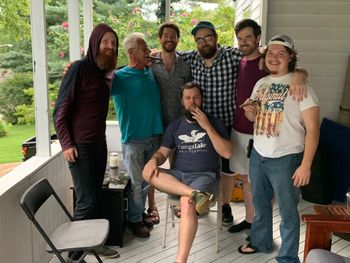 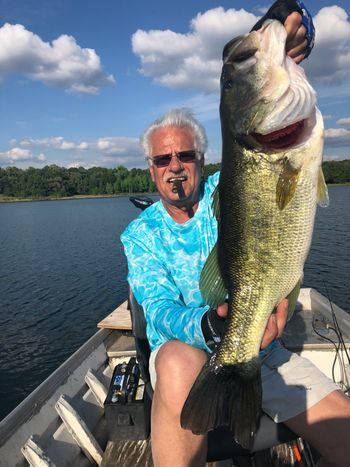 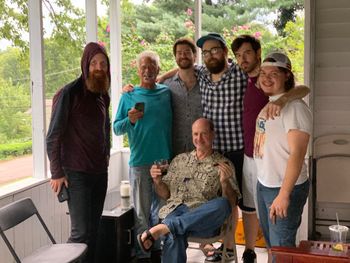 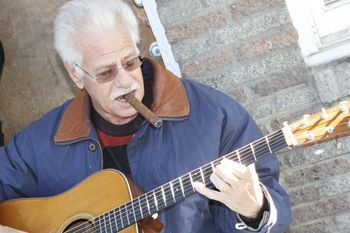